Hone Your Craft, Learn from the Pros

Eastern PA SCBWI is coming to the Lehigh Valley for the first time!!

Hone Your Craft, Learn from the Pros


Authors and illustrators we admire were all once where we are now, trying to learn the craft of writing for children. Join us as we hear our presenters' stories, listen to their advice, and learn from their critiques.

**We know it's a Friday, but you will want to take off for this event.

Start the day at the Bethlehem Area Public Library. Matt Phelan will give a keynote on "A Book from Both sides," followed by "A "Five Pieces of Advice" panel with Matt, Tara Lazar, Lindsay Barrett George, Josh Berk, and David Gothard.

12:15-1:45: Lunch on own. Illustrators will travel to Banana Factory for their illustrator sessions after eating.

3:30-3:45: Closing: Acknowledgements and awarding of prizes for first pages

Submit a five sentence paragraph that lays out the bones of a WIP or a fresh idea. Total word count for the paragraph must be fifty words or less, no exceptions. Follow Freytag's Pyramid:   1) introduction, 2) rising action, 3) climax, 4) falling action, and 5) resolution.  Paste your paragraph into the body of an email along with your first and last name, story title, genre (from board books to YA) and sub-genre (humor, fantasy, etc.). We will read as many of the stories as possible the afternoon of the conference in the order in which they were received. Only the titles and genre(s) will be announced when the stories are read. There will be voting and the two lucky winners (one for BBs -PBs and one for MG-YA) will receive swag and a surprise. Send your stories to shlemu99@gmail.com by March 29th.

If you have a piece of advice to share with other attendees, email it with your first name and last initial to shlemu99@gmail.com. by March 29th.

Get feedback from the illustrator of your choice. Send a work in progress or a finished piece to elizloane@gmail.com by March 29th along with a specific question such as, “I’m struggling with showing movement”, or simply ask for general feedback. On the day of the conference your work will be displayed for the group and illustrator to see. Each attendee in the group will get five minutes to discuss the submitted piece with the selected illustrator. Please note your work will not be anonymous, however the intent of the group setting is for the attendees to not only learn from their own critique but from the other critiques as well. 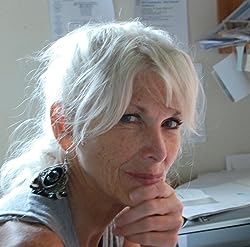 Lindsay Barrett George’s books have received NSTA/CBC Outstanding Science Trade Books for Children awards, American Bookseller Pick of the Lists selections, the Children’s Literature Award, Notable Children’s Books in the language Arts, and a Texas Library Association 2X2 Reading List selection.  Box Turtle at Long Pond was chosen as a Children’s Book of the Year by the Library of Congress, as well as receiving the Carolyn Field Award in 1989. Inside Mouse/Outside Mouse was chosen as the first selection in Pennsylvania’s  ‘One Book Every Young Child’ initiative, and Maggie’s Ball was a Bank Street College Best Picture Book of the Year selection in 2011. Lindsay received the Drexel Award in 2007. Lindsay has been a faculty at several writing workshops at the Highlights Foundation in Boyd’s Mills, PA, sharing the platform with Deborah Underwood, Judy Schachner, Linda Oatman High and Kim Griswell. Lindsay is one of the co-founders of Authorfest,an annual book festival held in Hawley, Pa. Lindsay began her career in the children’s book field as a book designer in a New York City publishing house.  She’s combined a fine arts background with her graphic design experience to produce books that, hopefully, make the animals that she cares about come alive for children. Lindsay enjoys speaking and sharing with booklovers of all ages, but has a particular passion for leading family drawing workshops.

Lindsay has doodled the animals outside her home in New Jersey, New York, Massachusetts and Wisconsin, but is presently doodling the critters outside her 1898 red-brick schoolhouse in White Mills, Pennsylvania. Lindsay lives with her husband and two sweet mini-Dachshunds, one big brown dog and 5 cats in northeast Pa.

Josh Berk: Josh Berk is the author of THE DARK DAYS OF HAMBURGER HALPIN (Knopf 2010), named a best book for teens of 2010 by Kirkus Reviews and Amazon.com. It was also awarded a Parent's Choice Silver medal, a starred review from School Library Journal, and a perfect 10 from VOYA. Reviewers called it witty, sardonic, delightful, and "a genre-bending breakthrough." (SLJ) His second comedy/mystery YA novel is GUY LANGMAN: CRIME SCENE PROCRASTINATOR (Knopf 2012). Kirkus says: "Hilarious wit and serious gloom blend seamlessly as Guy wades through the year after his dad's death…" Josh has also written a series of baseball-themed mysteries for younger readers. Look for STRIKE THREE, YOU'RE DEAD (Yearling 2014) and SAY IT AIN'T SO (Yearling 2015), the first two books in the Lennie and The Mikes middle grade series.

Josh has previously been a journalist, a poet, a playwright, and a guitarist (mostly in bands known for things other than fine guitar-playing). Visit www.joshberkbooks.com for more information or Twitter.com/joshberkbooks for too much information.

David Gothard has been illustrating editorial, advertising and book assignments since graduating from Pratt Institute, where he now teaches drawing classes. He began his career drawing muppets for Children's Television Workshop.  His work has appeared regularly in The New York Times, Wall Street Journal, Washington Post, Los Angeles Times, Boston Globe, Time and other publications.  David is now collaborating with his wife, Julie Saab, on a series of children's books for Greenwillow Books, an imprint of HarperCollins Publishers.  You can find out more about their books at LittleLolatheCat.com. A native New Yorker, David lives and draws from Eastern Pennsylvania.

Tara Lazar: Street magic performer. Hog-calling champion. Award-winning ice sculptor. These are all things Tara Lazar has never been. Instead, she writes quirky, humorous picture books featuring magical places that everyone will want to visit. 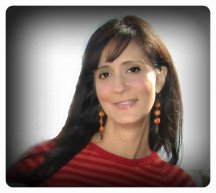 Her picture books available now are:

These titles are coming soon:

Tara is represented by Ammi-Joan Paquette of the Erin Murphy Literary Agency.

Her last name rhymes with “bazaar”—you can listen to Tara pronounce her name on TeachingBooks.net. She’s not Tara Laser-beam (although that would be awesome). Matt Phelan is the creator of the graphic novels Snow White, The Storm in the Barn (winner of a Scott O'Dell Award), Around the World, and Bluffton. His latest graphic novel is the New York Times Bestseller Snow White. Matt has been nominated for five Will Eisner Awards, including Best Writer/Artist and Best Graphic Album (for Bluffton). He is also the illustrator of many books for young readers, including Flora's Very Windy Day by Jeanne Birdsall, Marilyn's Monster by Michelle Knudsen, Druthers, and The Higher Power of Lucky by Susan Patron, winner of a Newbery Medal.

In 2014, Matt was awarded the Free Library of Philadelphia/Drexel University Children's Literature Citation.

For attendees not familiar with the downtown historic districts in North and South Bethlehem, a detailed map of the local area including venues, restaurants and parking information is being developed. Please email shlemu99@gmail.com to have your email placed on a list for you to receive the map prior to the event.​

Any questions about registering for the event please contact co-Regional Advisor Kim Briggs at epa-RA2@scbwi.org. For event questions, email Event Organizers Elizabeth Loane at elizloane@gmail.com or Sheri Murphy at shlemu99@gmail.com.